Another instalove delight to satisfy readers desire for OTT alphas, smutty good times and sweet love. Evie Harrison does these stories so right that you won’t even realise that you are turning the pages so quickly.

From the moment that Ryan lays his eyes on Julia he knows that she is the one. No other woman has ever held his attention the way that she does. Julia was not expecting to be knocked off her feet when a customer comes to pick up a cake order. But the attraction is undeniable and neither can resist it’s pull – and really neither of them want to.

I do love me a man that is not interested in meaningless sex. For me it makes the moment when Ryan meets Julia that more exciting. That a woman can capture a man when love/sex is not even on his radar makes the connection that much more powerful.

Julia is beyond sweet. The fatal mix of innocence and inhibition is everything that I love about heroine’s in an instalove book. That she was so open to Ryan and the thought of love and soulmate’s endeared her to me.

The love was so sweet you might end up with a tooth ache. So if you want tension, this one is not for you.

And yep, this one brings the heat and the sizzling chemistry. Evie can definitely write a toe curling scene.

This short story is ideal when you have a spare hour and want something that will be great reading without being too taxing. You will be utterly satisfied and bursting for some more of Evie Harrison’s brand of love, alpha and good times.

Julia Kaye spends her days decorating cakes and daydreaming about finding Mr. Right.  She’s tried it all—fix ups, speed dating, online profiles and even a popular phone app, all with no success.  She’s sure her dream man is out there, but she’s done trying to find him herself.  She figure’s when it’s meant to be; fate will find a way.

What happens when one confirmed bachelor meets the sweetest girl in the world?

Happily ever after, of course! 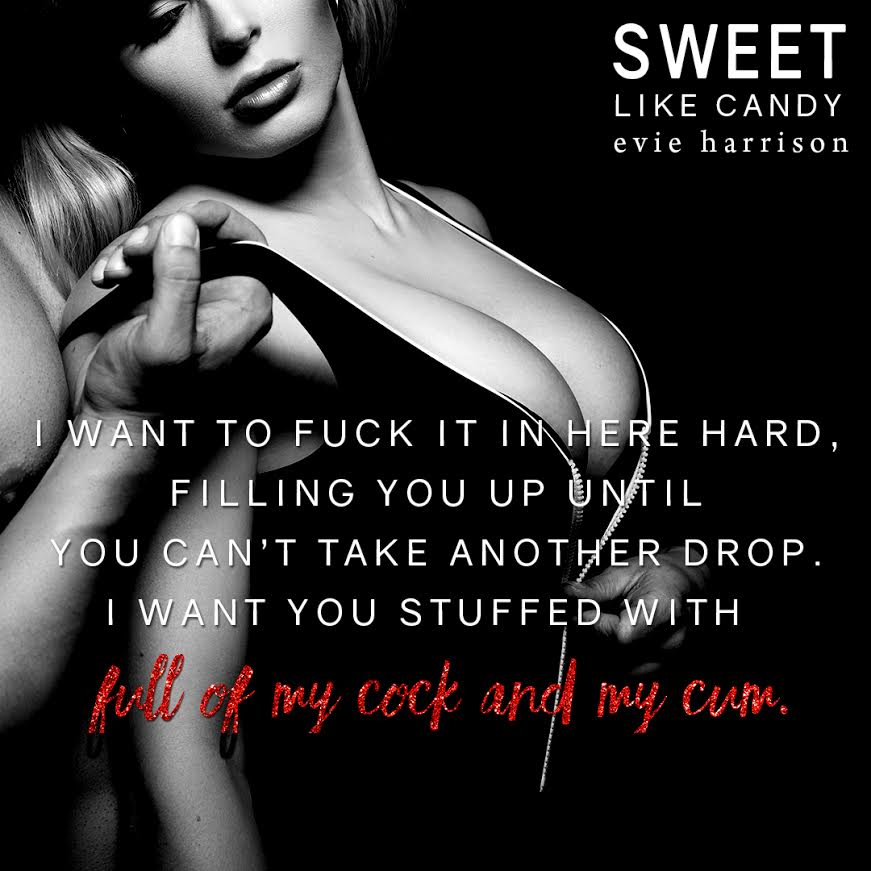 My stomach was full of butterflies as he opened the car door and helped me into the passenger seat. I grinned after he closed the door and I watched him walk around to the driver’s side. I’d been on thirty-seven horrible dates during my fruitless search for Mr. Right, and never once had any of the men opened the car door for me.

I breathed in deep as he slid into his seat and closed the door. The scent of him was just as sensual as I’d thought it was the night before. Being so close together in the car felt intimate, especially when he turned toward me so he could lay the box of chocolates down on the back seat. His gaze held mine as he did it, the air thick with tension as we stared at each other.

Arousal pulsed hot in my veins as countless seconds passed. I sighed when he cupped his hands on either side of my face and held me in place as he leaned into me. When his lips covered mine, everything suddenly made sense. I knew everything in my life up until that moment had been leading me to Ryan.

He expelled a guttural sound when my lips parted and our tongues touched for the first time. I leaned across the console toward him, anxious to be closer. Never in my life had I been so affected by a kiss. I was a romantic at heart and my dreams were big, but kissing Ryan was more than I’d ever hoped for, mostly because I hadn’t known anything like it was possible. It was too much while also being not nearly enough. His tongue caressed mine slowly as he explored me passionately. He tasted like rice crispy treats, cake, and something else indefinable that was just him.

The console between us jabbed into my side as I slid my arms around his back and held on as the kiss continued. Kissing Ryan was the equivalent of finding an oasis in the desert. It was everything that was right in the world and I never wanted to stop. It was addictive, and I loved it. The entire time we kissed, Ryan cupped my face in a way that made me feel desired and treasured all at the same time. We kept up like that until there was a knock on the window.

When we pulled apart, I turned and found Gina standing next to the car. I giggled nervously as I pressed the control to roll down the window.

“Did I forget something?” I squeaked.

She laughed and shook her head. “No, I just needed to break it up before your audience came back.”

Evie Harrison writes what she loves. Strong and sexy alpha men being brought to their knees in an instant when they meet the women they love. Each of her books will contain insta love, incredible passion, and sizzling sex.