Second Chances, Overcoming Fear & Always Being Loyal
In a time when readers are demanding more emotion, more angst and plenty of sexy times in the books they are reading, there is one author that constantly delivers. KC Lynn has built a loyal and at times fanatical reader base from never failing to deliver characters and storylines that capture the reader from the very first pages. Her ability to make readers FEEL everything as they are reading will continue her success and cement her as a real force in the romance genre.

If you have never picked up a book by KC Lynn, you are in for a treat with her ultra alpha’s with hearts of gold and sassy females that are strong enough to capture and handle their men. Her books also ensure readers an emotional journey that will at times leave you with tears brimming, libido’s pumping and smiles so big that you feel like you have been on a rollercoaster. But when you finish the last words, you know that you are glad to have been touched by her characters and words.

Let’s get this out of the way now, I am a huge KC Lynn fan as I can be assured that I am going to be swept away by the story each and every time. Her latest novel, An Act of Salvation, did not fail to deliver once again. This book combined two of the things that I love the most – a great, suspenseful read with plenty of sexy times and second chance romance. I utterly adore the meeting again of two soulmates with undeniable attraction that bites at the heels of every interaction. And KC gave me exactly that.

KC is an absolute master at combining suspense and romance. This storyline was fast paced with mystery, intrigue and bad guys chasing them. Intermixed with this was a love story of two broken people trying to overcome adversities and save those closest to them, without being destroyed themselves. Her writing is captivates readers to both want to solve the mystery and have it all work out between the main characters. Neither aspect overwhelms or overshadows the other – making this book a true romantic suspense novel.

There has not been an alpha delivered by KC that I have not loved. Nick is the epitome of a good man. Sure he has made mistakes based on youth and inexperience, as well as based on inherent fear. But when push comes to shove, the man is possessive, caring, loyal and protective. Top this off with being a sexual beast in the sack and you have an ideal male in my book. Yet, the thing that endeared him the most to me, was his eventual realisation and willingness to conquer everything head on to satisfy his woman and ultimately his happiness.

Katelyn is strength – just the way that I like my leading ladies. That she has had to pull herself from the trenches to make something of herself – all in the face of adversity – is the type of character I love to read about. Her loyalty to those she holds close has no doubt backfired on her throughout her life and left her not whole. I loved her willingness to give everything to those that she believes deserves it.

The chemistry is undeniable and the sex explosive between these two. It is explicit and no fade to black anywhere. These scenes where HOT and not suitable for reading in public if you show your emotions easily.

Another outstanding addition to KC Lynn’s already overflowing literary achievements. Highly recommended if you enjoy an intriguing, action packed storyline with your dose of romance, alpha’s and sassy females. Can’t wait for more of this series and future releases.

Title: An Act of Salvation

He’s the one she’s always loved.

She’s the one he could never have.

A forbidden night of passion resulted in years of heartbreak when he walked away. Now she’s in danger and needs his help.

Trust doesn’t come easy for FBI Agent Nick Stone, especially when it comes to love, but he’ll risk it all for Katelyn Slade.

Bullets fly, betrayals are exposed, and the flames from their past ignite.

His protection might be what saves her but in the end she will be his salvation.

This is Book two in the Acts Of Honor series, the spin-off series to Men Of Honor. It’s Nick and Katelyn’s story and is told in dual POV, has an HEA with no cliffhanger and it can be read as a standalone. However, I highly recommend that you read the Men Of Honor series prior, as characters play recurring roles in both series. 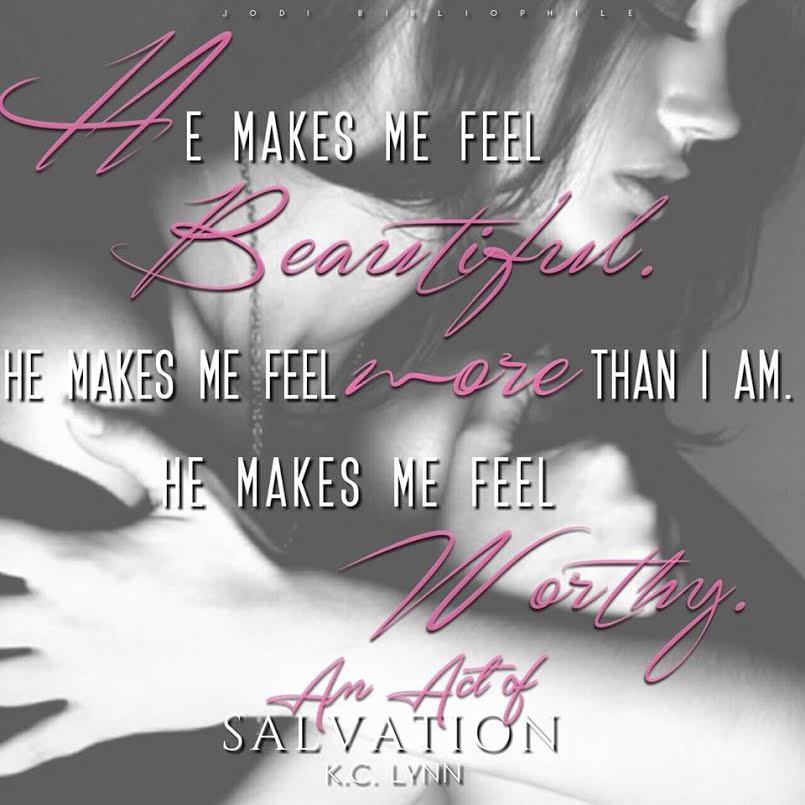 Read A Bit Of The Book

“There’s no question that you’re beautiful, Katelyn, but never forget you are more. So much fucking more.”

He looks down at me in a way I’m used to being looked at by men, but it’s always been different with him. When he does it I feel beautiful, not cheap.

“What’s your favorite thing about me?” I ask softly, then rush to elaborate.

“About my appearance, I mean. If you could only choose one physical attribute, what would it be?”

He doesn’t hesitate with his answer. “Your smile.”

His response brings one to my face. “Why?” I ask, unable to help myself.

“Because it means you’re happy and you deserve that. You deserve to smile every second of every day.”

That’s why he’s different, why he’s always been different. It’s why I will fight for him—for us. I won’t lose him a second time. 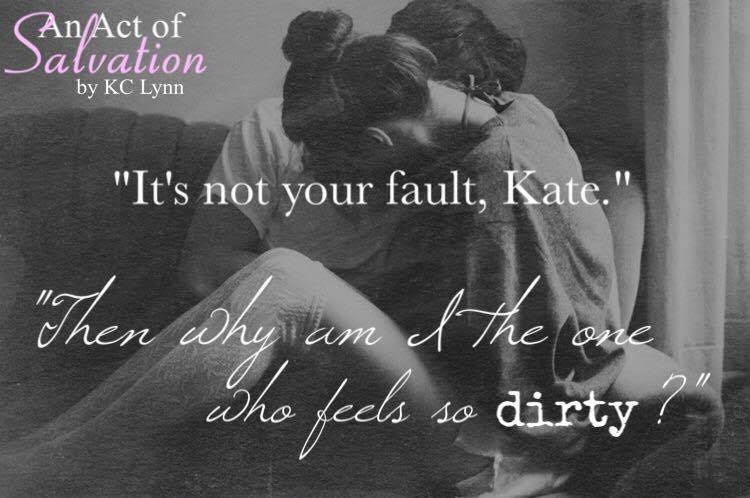 A Bit About The Author

K.C. Lynn is a small town girl living in Western Canada. She married her high school sweetheart and they have four amazing children: two lovely girls and a set of handsome twin boys. It was her love for romance books that gave K.C. the courage to sit down and write her own novel. When she is not in her writing cave, pounding out new characters and stories, she can be found living between the pages of a book, meeting new tattooed, hot alpha males with very big…Hearts. 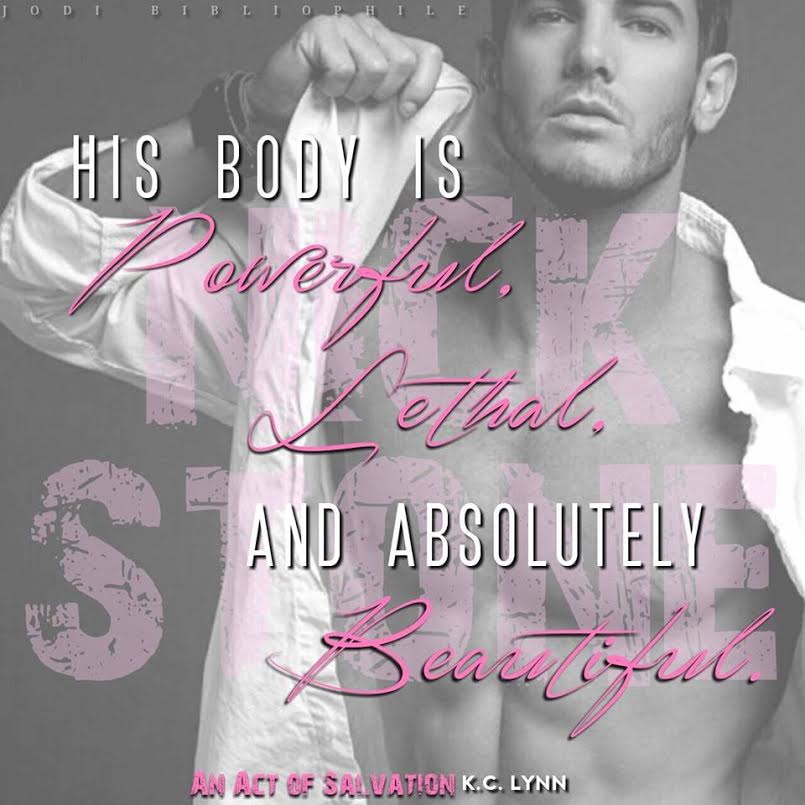